Nantes vs Nice: prediction for the Ligue 1 match 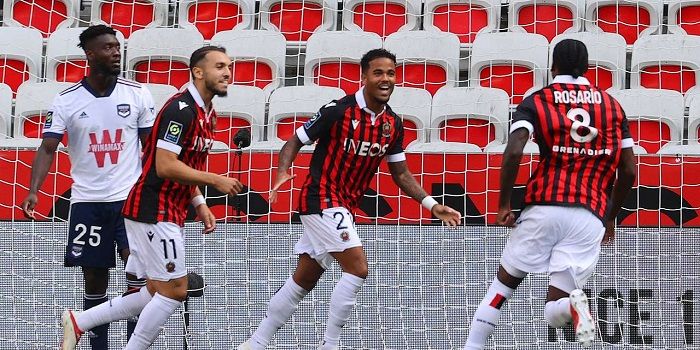 We offer a prediction for Ligue 1 match between Nantes and Nice. Will Canaries be able to withstand in the clash against the team, who didn't concede a single goal yet? Will hosts be able to put an end to this streak on September 12? The answer is in the article below.

Nantes are looking worser and worser with every single season and in the previous campaign they had to fight for the Ligue 1 spot in the relegation playoffs. Antoine Kombouare's men started the new season pretty successfully - The Canaries played a draw with Monaco (1:1) and then recorded a victory over Metz (2:0).

In two most recent matches Yellow-Greens got into a slump and suffered two consecutive defeats to Rennes and Lyon with the same score of 0:1.

Coulibaly, Cyprien, Merlin, Limbombe and Appiah will be unavailable for an upcoming match.

Nice put up an inconsistent performance in the previous season, they were performing very poor at home games, but still got into the Top-10. During the summer Christophe Galtier became the new manager of the team. Club also signed Mario Lemina from Southampton, Pablo Rosario from PSV, Calvin Stengs from AZ and Todibo from Barcelona.

Team started the new season with a draw against Reims (0:0), then Southerners recorded a crushing victory over the champion (4:0). In the most recent match Gymnasts recorded another victory with that score, this time over Bordeaux (4:0).

Claude-Maurice, Atal, Guessand, Lotomba and Schneiderlin, who has a knee injury, are on team's injuried list.

In every third head-to-head match penalty was awarded

Nantes took off to a great start of the season, but in two most recent matches they were looking terrible. Nice strengthened the squad, so they are a clear favourite of this match. We think that Red-Blacks are a better team now. Moreover, Southerners are looking great on away matches.

Our prediction - Asian handicap (0) on Nice

We think that both teams will turn their attention to defense and the outcome of the match will be decided by one single goal.

Our second bet is on total under 2,5 goals