Bouzkova vs Tauson: prediction for the WTA Luxembourg match 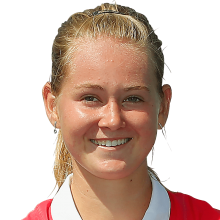 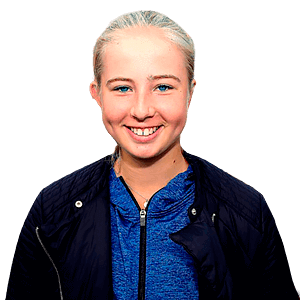 On September 17, Marie Bouzkova will play against Clara Tauson in the quarter-final of Luxembourg tournament. Who will record a victory? The answer is in our expert's prediction.

Before the start of Luxembourg tournament Marie Bouzkova had a losing streak of three matches. Moreover, in a period between Wimbledon and US Open Czech player lost seven matches out of eight. No one expected a good performance at Luxembourg from her.

After a series of North American hard tournaments Clara Tauson returned to European indoor tournaments. Young Danish player achieved her best results on indoor courts this year. After two victories in Luxembourg Tauson has 18 victories and only two defeats.

Two matches at Luxembourg went by different scenarios. In the first one Tauson recorded an easy victory over Sharma (6:2, 6:2). In the second one she managed to beat Alexandrova only on a tiebreak of the third set (6:4, 3:6, 7:6).

Clara Tauson deserved a status of the favourite in an upcoming match. Danish player is having a successful season, especially on indoor courts. Tauson is able to play more accurate on the serve than her opponent, so she should be able to record a victory.

Our prediction - Tauson to win

Despite an unsuccessful part of the season and many defeats in recent tournaments, Bouzkova rarely leaves the court without a fight. In five out of seven most recent matches Czech player had more than 20 games played, so we are expecting the same today.