Germany vs Romania: prediction for the 2022 World Cup qualifier

Germany vs Romania. Predictions and Betting Tips for the 2022 World Cup qualifier (October 8, 2021) 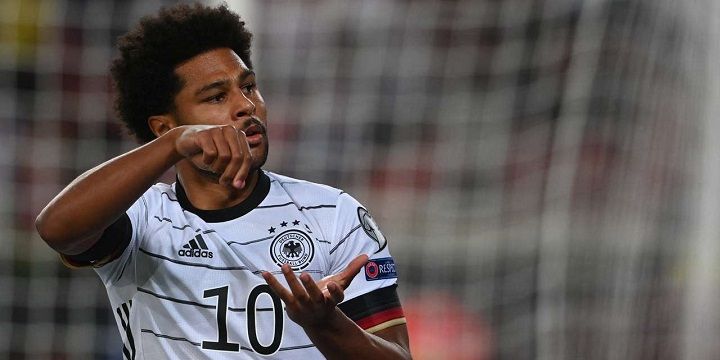 We offer our prediction and betting tips for the match between Germany and Romania in the qualification for the 2022 World Cup. Do visitors have a chance to fight off the Bundesteam? The answer is in the article below.

Germany national team improved a lot recently. After a terrible performance in the 2018 World Cup at Russia team managed to qualify for the Euro 2020, they managed to advance through the group stage, but were eliminated in the round of 16 by England (0:2).

Die Mannschaft is almost flawless in the qualification for the 2022 World Cup so far. Hans-Dieter Flick's team recorded five victories in six rounds, which brought them 15 points and a four-point handicap over Armenia. In the most recent match DFB Eleven recorded a confident victory over Iceland (4:0).

Romania national team is not looking well recently. Team failed to qualify for the Euro 2020 and performed unsuccessfully in the Nations League. In the current World Cup qualification Romania recorded three victories and one draw in six matches, which earned them 10 points and a third spot in the group.

Offensive line of the team performed well - team scored 1,5 goals per game on average. In the most recent game Yellows drew to North Macedonia (0:0).

Germany to score in the first half
1.72

In our opinion, Germans will record an easy victory in this match - team is in a great form now and their squad is much better than Romania's. We think that Romania won't be able to contain the Germans at Hamburg and hosts will guarantee a top spot in the group for themselves.

Our prediction - Asian handicap (-2) on Germany

We are expecting a number of goals in this match. There is a possibility of a successful counter-attack from the visitors.

Our second bet is on total over three goals