Montreal vs Ottawa: prediction for the NHL preseason match

Montreal vs Ottawa. Prediction and Betting Tips for NHL (October 8, 2021). 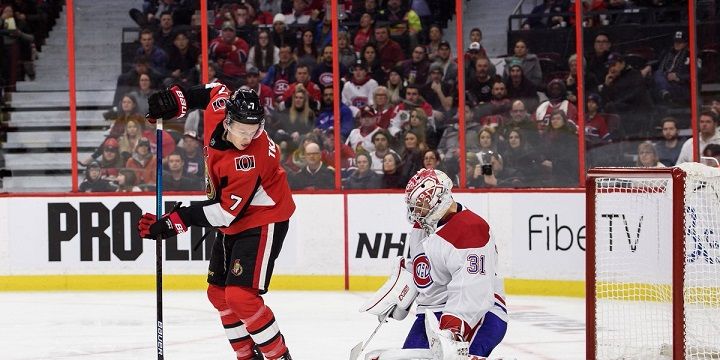 On October 8, Montreal go against Ottawa in the NHL preseason game. What to expect from this fixture? Our answer is in the prediction below.

The Montreal Canadiensonly won at home in this preseason. They were able to outplay Toronto (5:2) and Ottawa (2:1). In the game against the Toronto Maple Leafs, striker Dvorak scored a goal and gave three assists.

However, the Canadiens show terrible results away. They suffered devastating defeats against Ottawa (2:7) and Toronto (2:6), which revealed problems in Montreal's defensive line.

The Ottawa Senators just played a return game against Toronto and suffered another defeat with a score of 1:3. Ottawa had a few chances, but they failed to use them. Before that, the Senators also lost to Montreal.

In general, the Senators didn't have a good preseason. They got only two victories over Montreal (7:2) and Winnipeg (3:2 OT). In the game against the Canadiens, forward Formenton gave an assist and scored a double.

In 3 head-to-head games in a row, the teams scored in each period.

In 3 head-to-head games in a row, Ottawa opened the scoring.

Both sides have been doing well at home while struggling to deliver good results away. Montreal are back to their home court, so they have a good chance to win this game.

Our prediction - Montreal to win

We don't expect a high-scoring game, since the opponents don't normally score a lot in head-to-head games.