Udinese vs Bologna: prediction for the Serie A fixture

Udinese vs Bologna. Prediction and Betting Tips for Serie A (October 17, 2021). 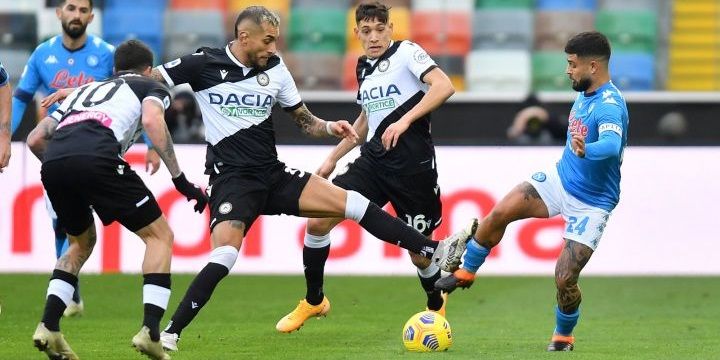 Udinese and Bologna face off in the Serie A action on Sunday, October 17. What to expect from this game? Our answer is in the prediction below.

Udinese had a fantastic start to the new Serie A season but stumbled over Napoli in the fourth round (0:4). After that crushing defeat, Udinese have been on a winless streak. Le Zebrette lost to Roma and Fiorentina with the same score of 0:1, and in the last round, they faced Sampdoria away from home.

Luca Gotti's charges looked very good against Samp, but their opponents didn't let Udinese win. The two sides scored 6 goals together and shared tournament points (3:3). The team probably benefited from the international break, which allowed Udinese to recharge and rest.

Bologna are striving to get into the European club competition zone. They are only 9th in the Serie A standings, but such giants as Atalanta and Juventus have the same number of points. Sinisa Mihajlovic's men are ambitious, and the game against Udinese is very important for them.

In the last round, Bologna created the main sensation of the matchday - they crushed one of the title contenders, Lazio (3:0). Bologna took only three shots on target, but all of them crossed the line.

In the last 4 games of Bologna, the teams overcame the total.

In 2 of the previous 4 head-to-head games at the Dacia Arena, Udinese scored more than 1 goal.

Marko Arnautović scored 3 goals in 7 rounds of Serie A.

Udinese are counting on three points in the 8th round of Serie A. The team had enough time to sort out their problems, and we expect that they will prevail in the upcoming game. Bologna do not lack motivation and will definitely put up a fight, but they often lose points at Dacia Arena.

Our prediction - Udinese to win

Bologna prefer to play open football, sometimes at the cost of their defensive performance. Udinese also have some issues in their defensive line, so we predict that both sides will be able to score.

Second bet - both to score

Prediction: Both to score