Villarreal vs Manchester United: prediction for the Champions League game 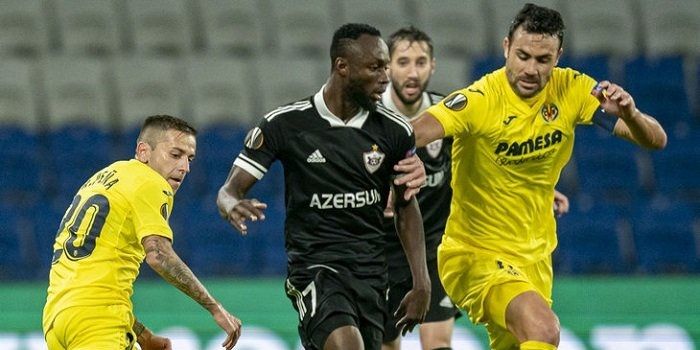 Villarreal and Manchester United will lock horns in the UEFA Champions League on Tuesday, November 23. What to expect from this game? Our answer is in the prediction below.

Villarreal won the Europa League last season, and so far they are looking solid in the Champions League group games. After four matches, the Yellow Submarineare 2nd in the table with 7 points. They drew with Atalanta (2:2) and lost to Man United in their previous meeting (1:2), but then recorded two confident victories over Young Boys (6:1 on aggregate). Unai Emeri's side have scored the most goals in Group F.

After 13 rounds of La Liga, Villarreal are only 12th in the standings with 16 points from 3 victories and 7 draws. The last three rounds brought Villarreal four points: a defeat to Valencia (0:2), a win against Getafe (1:0), and a draw with Celta (1:1).

Moreno has a muscle injury and is unavailable for Emeri today.

Manchester United have been woeful this season. The vice-champions of the English Premier League have earned only 17 points and showed poor performance in all lines, but especially on the defensive - MU conceded 21 goals in 12 games. After getting an away win at Tottenham (3:0), the Red Devils lost four game sin a row. Their humiliating 1:4 defeat to Watford on Saturday was the last straw - Ole Gunnar Solskjaerwas sacked following the results of the matchday.

United have had a better run in the Champions league, where after a shocking defeat at the hands of Young Boys in the first game, the Red Devils recorded two victories and a draw. With 7 points, they are the leaders of Group F, but their hosts have the same points, and the third Atalanta are only two points behind.

Cavani, Shaw, Varane, Greenwood, and Pogba have been ruled out of this fixture.

Goals were scored in both halves in 3 of the last 5 games of Villarreal.

Draw was recorded in 4 out of 5 head-to-head games.

This time Michael Carrick will lead Manchester United out to battle. The Red Devils will be without their loyal manager, and it is hard to predict how that will affect their form. Still, we do not expect any major upsets here and suggest playing the classic total under.

Our prediction - total under 2.5 goals

We believe this will be a tight match. A draw was recorded in 4 out of 5 previous head-to-head games, and this result could satisfy both sides in the upcoming fixture, too.