Anaheim vs Pittsburgh: prediction for the NHL game

Anaheim vs Pittsburgh. Prediction and Betting Tips for NHL (January 12, 2022). 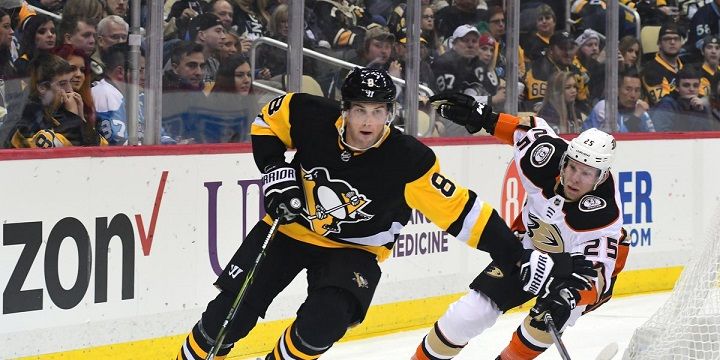 The Ducks play hosts to the Penguins in the National Hockey League on January 12. What to expect from this game? Look out for our predictions in the article below.

Anaheim continue to lose points. In a recent game against Philadelphia, the Ducks broke their four-game losing streak with a landslide 4:1 victory. Forward Terry had an excellent game and scored a hat-trick. But the team failed to build on that success and lost to the Rangers in the following match (1:4). The attacking line made a poor effort, having shot on target only 14 times.

In the last game, Anaheim snatched a victory from Detroit in a penalty shootout (4:3 SO).

In the previous game, Pittsburgh lost their long winning streak that had reached ten matches. The Penguins secured a two-goal lead against Dallas, but they failed to keep it and in the end suffered a narrow defeat (2:3).

Before that, the Pens were unstoppable and 9 out of 10 games ended in regulation time. Only Buffalo managed to put up a fight (3:2 OT). Despite coming into this game on the back of a defeat, the Pens are in good spirits and ready to chalk up points.

In 4 out of 5 head-to-head games, the teams scored in each period.

In 4 out of 6 games between the two clubs, the Pens scored first.

We believe that Pittsburgh will continue to deliver solid performance away from home. The team is in optimal form and should get a win here.

Our prediction - Pittsburgh to win

Not all games between these two teams were high-scoring, but considering high performance of the Penguins, we are predicting a large number of goals in the upcoming fixture.