Arizona vs Toronto: prediction for the NHL game

Arizona vs Toronto. Prediction and Betting Tips for NHL (January 13, 2022). 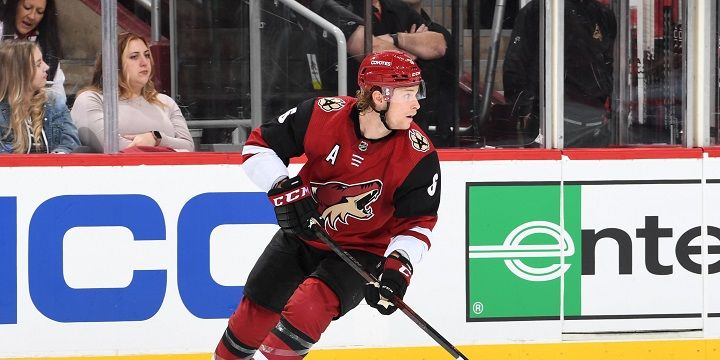 The Coyotes go against the Maple Leafs in the NHL action on January 13. What to expect from this game? Our answer is in the prediction below.

Arizona sit in the last place in the Western Conference table. In the new year, the Coyotes lost to Winnipeg (1:3), defeated Chicago (6:4) and yielded to Nashville (2:4). On average, Arizona concede four goals per game, even when they play at home.

Normally, Arizona show their worst performance in the second period. That's when they score the least and concede the most goals. None of Arizona's players managed to score more than 26 performance points this season.

Toronto, on the contrary, are one of the top-5 teams in the East with 49 points to their name. Despite the fact that many games of the Maple Leafs were suspended or canceled due to the pandemic, they managed to keep good form.

Sheldon Keefe's charges lost to Colorado in overtime (4:5 OT), but bounced back in the following match and defeated Vegas in a shootout (4:3 SO). On average, the Leafs score 3-4 goals per game.

Toronto scored more than 3 goals in 5 of their last 6 games.

In 3 out of 4 matches, Arizona lost the second period.

We are predicting a landslide victory for the Maple Leafs here. Arizona are much weaker and have no chance to defeat one of the leaders even at their home court.

Our prediction - Asian handicap (-1.5) to Toronto

More than five goals were scored in previous games of these clubs, and we expect a similar result in the upcoming fixture, too.