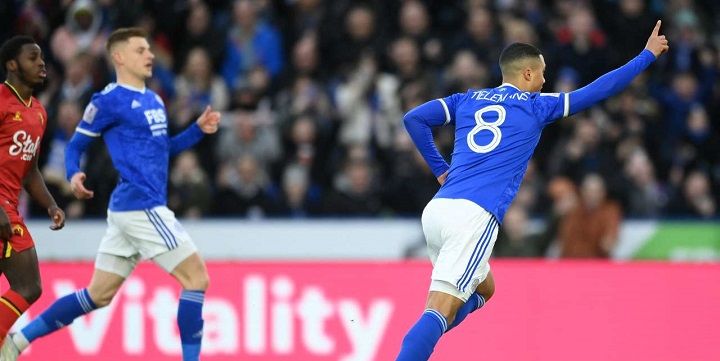 Leicester City welcome Tottenham to the King Power Stadium on Wednesday, January 19 in the English Premier League. We made predictions for this match, which you can find below.

Leicester City kicked off their season with a victory over Manchester City in the Community Shield match (1:0). They had a decent run in the League Cup, where the Foxes reached the quarter-finals. The current holders of the FA Cup trophy started their new campaign with a confident victory over Watford (4:1).

But the hosts didn't have much success in the Europa League, where they finished in 3rd place in their group, thus failing to advance to the knockouts. The Foxes will try their luck in the Conference League playoffs.

Brendan Rogers' charges are having a disappointing season in the Premier League. Currently they are in 10th place in the standings with 25 points from seven victories and four draws. In the last round of games, Leicester got a narrow victory over Liverpool (1:0).

Tottenham lost to Chelsea in the semi-final of the League Cup (0:3 on aggregate) as well as failed to qualify from their group in the Conference League. But the Spurshad a good start to their FA Cup campaign, beating Morecambe (3:1) and retaining a chance to win a trophy this season.

In the Premier League, Antonio Conte's men are in 6th place in the log with 33 points from 10 victories and three draws. After a draw with Southampton (1:1), the Spurs defeated Watford (1:0).

Romero, Heung-Min Son, and Dier have been ruled out of this fixture.

In 3 of the last 4 head-to-head games, goals were scored in both halves.

In 2 of the last 4 games of the visitors, this bet played.

Penalties were given in 3 of the last 6 head-to-head games.

Initially, this game was supposed to take place in  December, but it was suspended due to a large number of coronavirus cases in the teams. Today, Tottenham look more convincing than their hosts; the Spurs have gained momentum while Leicester rarely demonstrate quality football. Moreover, the Foxes have too many injuries in the squad, so we suggest betting on the victory of the Londoners.

Our orediction - handicap (0) to Tottenham

Both sides have problems with their line-ups, and it should affect their performance. Probably just 1 or 2 goals will decide the outcome of this game.