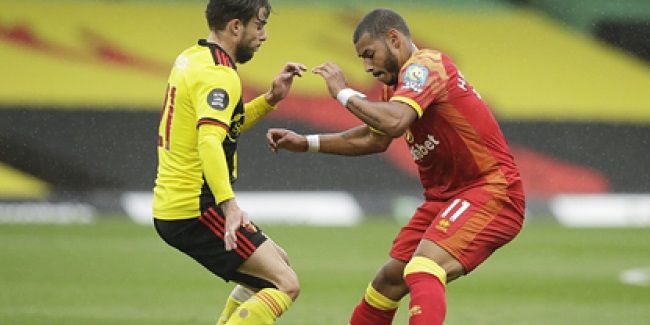 Watford welcome Norwich City to Vicarage Road on Friday, January 21. Who will get a win in this crucial fixture? Our answer is in the prediction below.

After a brilliant 2020-2021 Championship season, Watford got a chance to prove themselves in the top league of English football. However, the hosts' have had little success in their Premier League campaign. Claudio Ranieri's men managed only 14 points from 19 games and are hovering above the relegation zone in the 17th position.

After a long losing streak of seven games, the Hornets drew with Newcastle (1:1) last weekend.

Watford will be playing without Etebo, Sarr, Nkoulou and Baah, who are sidelined through injuries.Louza, Troost-Ekong and Masina are away on international duty at the Africa Cup of Nations.

Norwich City have a similar situation. They were brilliant in the Championship last season, but struggle to stay competitive in the Premier League. The visitors have earned only 13 points from three victories and four draws and are occupying the 18th line in the standings.

The Canaries have the worst attack in the league - they scored only 10 goals in 21 games. They also have conceded the largest number of goals (45) this season. In the new year, Norwich suffered a defeat to West Ham (0:2) and then unexpectedly beat Everton (2:1).

Zimmermann, Normann, Gilmour, Rupp, and Omobamidele have been ruled out of this fixture.

In 3 of the last 6 head-to-head games, goals were scored in both halves.

This bet played in 2 of the last 4 games of Watford.

In 2 of the last 4 games of Norwich, the score was tied before halftime.

Both sides desperately need points if they want to stay in the English elite. The stats is on the hosts' side, who are no weaker than the Canaries and have often defeated Norwich before. We are backing the Hornets in this match.

Our prediction - Watford to win

Norwich are comfortable opponents for Watford. The Hornets won 3 out of 4 previous head-to-head games by a narrow margin, and we expect them to get the upper hand in the upcoming fixture, too.

Prediction: Watford to win by 1 goal