Medvedev vs Hurkacz: prediction for the Halle Open match 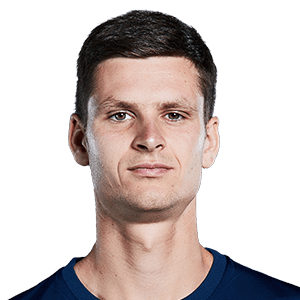 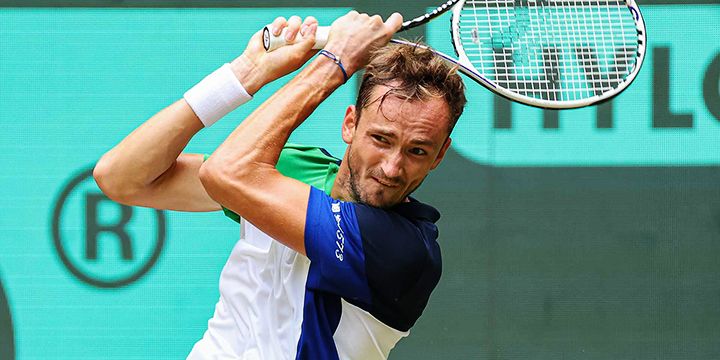 Daniil Medvedev and Hubert Hurkacz face off in the 2022 Halle Open final. Who will win the title? Here's our prediction.

Daniil Medvedev didn't surrender a single set in Halle. In the opening round, the Russian defeated David Goffin (6-3, 6-2). After that, he celebrated success over Ilya Ivashka (7-6, 6-3), Roberto Bautista-Agut (6-2, 6-4), and Oscar Otte (7-6, 6-3). This is Medvedev's second consecutive final - last week, he was the runner-up at the Rosmalen Grass Court Championships. In the decisive match, Medvedev lost to Tim Van Rijthoven (4-6, 1-6).

Hubert Hurkacz, on the other hand, has had quite a tough tournament. The Polish tennis player started his Halle Open campaign with a victory over Maxim Cressy (6-4, 4-6, 6-4), then he defeated Ugo Humbert (7-6, 6-3). His following two matches against Felix Auger-Aliassime (7-6, 7-6) and Nick Kyrgios (4-6, 7-6, 7-6) were very difficult, but nevertheless, Hurkacz reached his first final this season. Previously, his best result in 2022 was reaching the semifinals of the Miami Masters.

In Hurkacz's last 5 matches, more than 9 games were played in the first set.

Hurkacz has been very lucky in Halle. He had strong opponents, but managed to beat Auger-Aliassime on two tie-breaks and outplay Kyrgios, despite being a weaker side. But we don't think he will be able to defeat Medvedev, who has had a flawless run at the current tournament.

Our prediction - handicap (-3) to Medvedev

The opponents have met four times, and all four matches were very close. We expect the same from the upcoming final. Moreover, Hurkacz and Medvedev together have played a total of seven tie-breaks at the current tournament. Take the over.